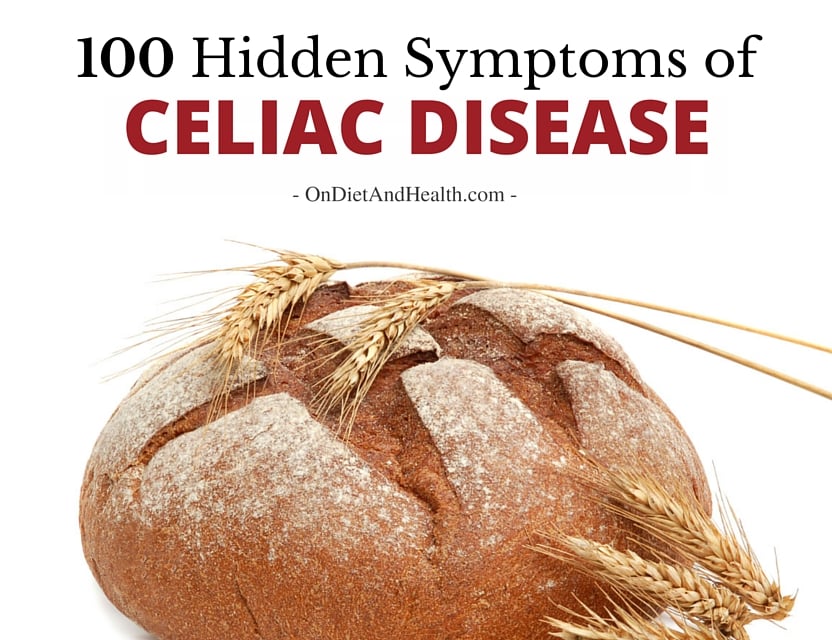 There are more than 100 hidden symptoms of Celiac Disease and many more less known or rare ones. It’s important to get tested if you recognize these symptoms. Even if you think you “only” have a mild gluten intolerance, you could be wrong and putting your future (or your child’s future) at risk.

You will be more committed to completely avoiding all forms of gluten if you see elevated antibodies on a lab report. Just as with Hashimoto’s – doesn’t seeing your antibody count make you more aware of your thyroid?

While Colon Cancer may be known by alternative doctors as a sign of Celiac Disease, there are many traditional doctors who don’t know this! Educate them!

Here is one study to review.

The standard Celiac test is somewhat limited as it only tests 1 or 2 antibodies. I much prefer the Wheat/Gluten Proteome Reactivity Test from Cyrex Labs with 24 antibodies. That’s how I found I had Celiac after being off gluten for a decade.

I didn’t think it was worth it to test since I had been strictly off gluten and I teach how to be gluten free, but I ran the test anyway. (I like to run tests before asking Clients to run them). But I flunked!

I eventually found it was breathing a tiny bit of oat dust when handling my pony’s horse feed! If you have no access to Cyrex Labs, by all means run a standard Celiac blood test on yourself and the kids, especially if you have any of the common or hidden symptoms of Celiac Disease (see below).

I don’t agree with doing biopsies in most cases even though this is what doctors require to confirm an official diagnosis of Celiac. I think it’s enough to run 3 tests:

Either way, I ask all my clients to avoid gluten (and grains in general) but this will give you an idea of the level of reactivity and the possible symptoms of Celiac or gluten intolerance. 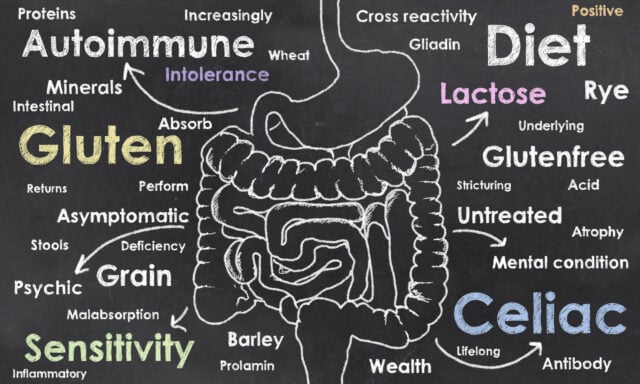 Even with these clues, most doctors won’t think of Celiac and won’t run the blood tests. With an estimated 1 in 130 Americans having Celiac Disease, only a tiny percentage are ever diagnosed.

To make it more confusing, many people have none of the common symptoms. 12 to 25% of confirmed Celiacs have NO digestive issues…

Symptoms which may be associated with gluten intolerance:

Here’s more hidden symptoms of Celiac. I’ve written just a few of them…. This website may be helpful. 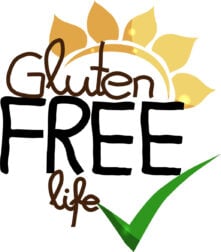 It’s mandatory to learn where gluten is hiding in makeup, skin care and foods, but there’s more to it than that. There is growing evidence that many so-called gluten-free foods may actually have gluten in their DNA and can cause reactions even without actual gluten in them. See more about this on Dr. Tom O’Bryan’s website.

I had health improvements going gluten-free but it wasn’t until I took 2 additional steps in my diet that my life really changed. I had to get ALL the grains out to let my gut inflammation calm down. And all dairy (except Ghee) which is a Gluten Cross-Reactive Food as shown on another helpful Cyrex Labs test I flunked.

On my site, enjoy this article and podcast, this recipe on Zucchini Muffins, and this info on the difference between wheat-free and gluten-free.

Hidden symptoms of celiac are a warning to get serious about avoiding gluten. It’s in more than just bread and beer! Avoiding hidden gluten is tricky. This article may help.

How did I help my gluten-related symptoms?

I began the Specific Carbohydrate Diet in 1989 or so and it was immediately helpful. But I found out quickly that I had to remove the dairy, eggs and other foods they allowed or even encouraged. Still, it’s a great resource. This podcast with Jordan and Steve from SCD Lifestyle will tell you a lot about using the SCD Diet. It’s similar to Paleo but the reason for avoiding certain foods is completely different. Or go here to the original SCD website.

The other big leap was going full Ancestral/Paleo. The Ancestral/Paleo diet had not been created yet when I began eating that way as a modification of the SCD Diet. It added another huge piece to my recovery. Here’s my DVD/Video I call The Diet For Human Beings. I made this to explain to my clients what to eat and why. This is a great help if you’re not going to read The Primal Blueprint, one of my favorite books. I prefer this older edition of the Primal Blueprint.

Other websites to check out: 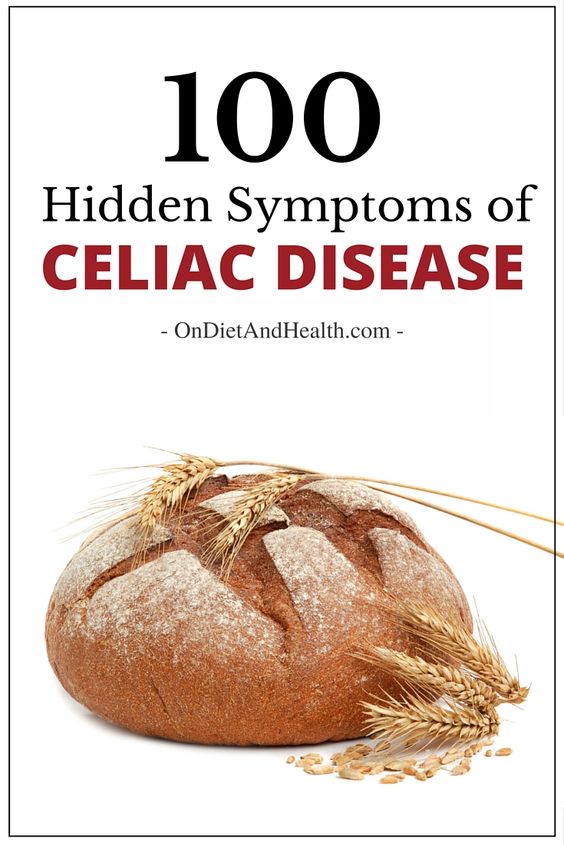