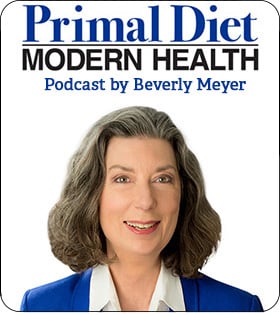 Here’s the very first podcast I did LIVE on Voice America internet radio.  Quite a thrill doing live broadcasting, but so much fun when the pressure’s on!

This show outlines the premise of the series, and talks about the basics of a Paleo/Primal diet for the first half.   Then bring on my guest!

Alan Birkenfeld is a West Texan rancher raising pastured beef, lamb, chicken and goat. He uses no feed lots, drugs, or concentrated feedlot grains. His PaiDom Ranch, located in Nazareth Texas between Amarillo and Lubbock, is home to several hundred acres of organic grass and animals, as well as Alan and his family.

Rancher Birkenfeld has a Master’s Degree in Range Science from Utah State, and a BA in Finance and Agricultural Economics from Texas A&M. Raised on a conventional farm and ranch using pesticides, antibiotics, and commercial corn and soy feeds, Birkenfeld changed to the smaller, hands-on farm economics of free ranging animals, not clustered in toxic feedlots.

Demand for pastured meats has soared, and Alan ships all over the country. He also delivers meats to 26 Texas cities on a 2 month rotation, pulling a large freezer truck. Learn more about PaiDom at www.paidom.com, or contact them at carnivore@paidom.com.

I'm Beverly Meyer. I became gluten free, then grain free and finally dairy and egg free over a 10 year period. Basing my diet on the decades-old Specific Carbohydrate Diet (but without the dairy, eggs or legumes), I had amazing changes in my health. I’m a Natural Health practitioner, blogger, podcaster, patient, animal lover, and sometimes a pretty funny person. My goal? To help you (and me) feel better!